Sati over at Cinematic Corner started a new blogathon called White Swan, Black Swan and it embodies the idea of duality embedded into a single character. In other words, a character who has different sides to him or her, a character that might seem white to others but is actually black under the surface. An idea that is very interesting so obviously I had to participate, so here’s my take on the blogathon with a tiny little twist.

My first thought in regards to the white swan, black swan concept was that it applies perfectly to serial killers. And since I happen to be a devoted fan of at least two homicidal men who have graced the TV screen in the past few years, I figured those serial killers fit the brief almost entirely. And though the basic idea was to pick out characteristics that contradict, or elements that apply to the idea of duality, I figured I’d take it to the next level and find parallels between their white and black charactersistics. In other words, I set myself up to a very thorough task of analyzing two serial killers I’m definitely too fond of: Dexter Morgan and Paul Spector.

Though there were many seasons worth of Dexter to go through it was simple to divide his characteristics. Sure, there are many other things to mention but these were the main elements that stood out. Then again, I must clarify that I don’t think Dexter is actually that easy to divide – he does have a gray-area and that is his code. Dexter Morgan only hunts bad people, people who have killed and that sets him apart from Paul Spector. What I find interesting though, and what you’ll soon find out, is that despite the big difference in their victimology, both men are are easily divided with the same characteristics. 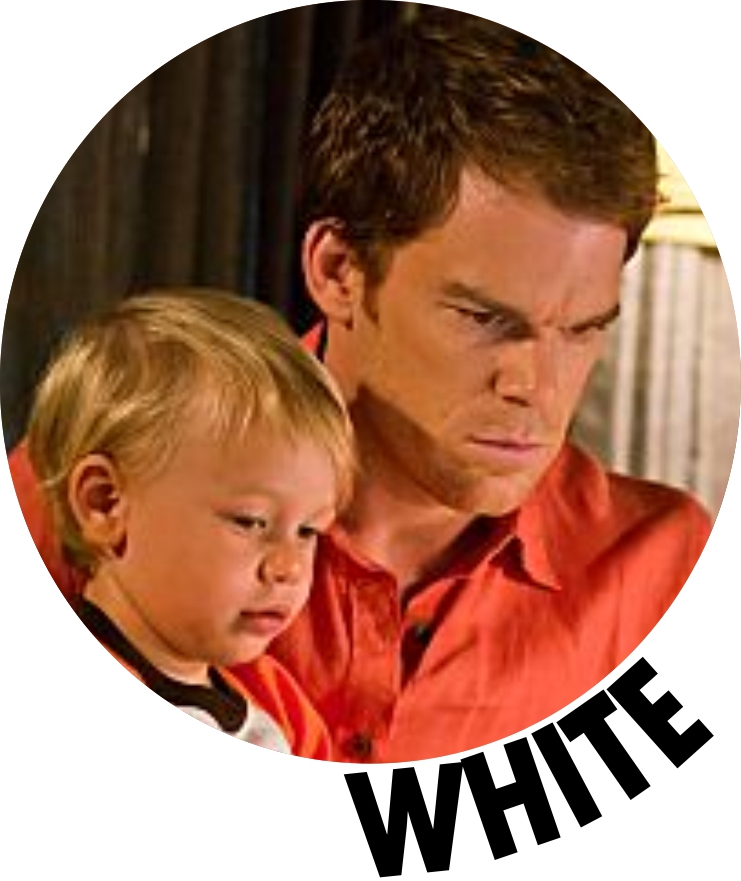 Wife: Kind and an innocent woman

Bonus: Cares about others, brings donuts to work 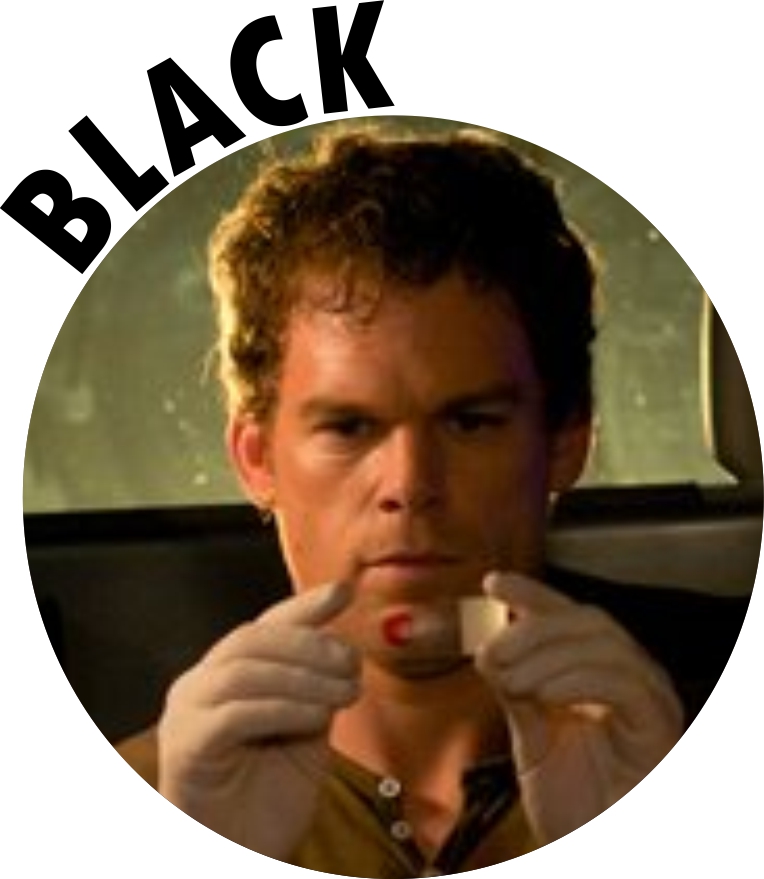 Bonus: Tortured animals as a kid

Keeping with the same system, I’m going to give a short summary of Paul Spector as well. I have to admit though, it was more difficult to describe him and not because The Fall has only ran for 2 seasons by this point, but because the show is much less clear with the duality. The white and black sides exist, that is for sure, but it is far less obvious to the viewer than with Dexter, especially considering the fact that the British show is, in its color scheme, constantly dark and broody anyways. That, and the fact that Spector’s character was quiet, secretive and most importantly, unreadable almost until the season 2 finale.

Family man: Husband and a father

Profession: Grief counselor, helps others with their loss

Bonus: Close with his daughter

Bonus: Keeps his murder-diary in his daughter’s room

THE BLACK AND WHITE SIDE OF KILLERS

The previous task of finding specific contradictions and traits has proven to be successful in a way that it showed very well how these characters possess duality as much as they are similar. In other words, though I’ve brought out two specific examples, the basic idea of serial killers is perfect for the concept of white and black swan. They live a double life, where they put up appearances all while satisfying their need to kill in the shadows. They lack empathy but they have chosen professions where they help others. Their choice of wardrobe is the opposite to their actual preference – light vs dark, layers vs complete lack of clothing.

And though their biggest difference is the choice of victims, they still share a similarity in regards to that choice. Dexter Morgan, contradicts his choice of victims by falling in love with a woman that is easily described as innocent. Paul Spector, on the other hand, has married a woman that is the opposite to the type of women he fantasies about killing. It’s the fact that having those white lies in their life means it’s easier for them to live that lie all while their dark side is hidden from the public, and kept as a secret.

Sure, my choice of two men isn’t the only possibility and frankly, I thought long and hard about adding Walter White (Breaking Bad) to the combo because he represents the same kind of duality. Even Jackson Teller (Sons of Anarchy) and, dare I say, Rick Grimes (The Walking Dead) have certain similarities to these two I chose to analyze. It’s just the difference of how these men are presented. It’s like watching National Geographic – when the documentary is about the rabbit, you root for the rabbit, but when it’s about the fox, you want the fox to catch the rabbit. It’s the perspective that makes the black stand out from the white, and smudges it grey around the edges even though a murderer is a murderer.