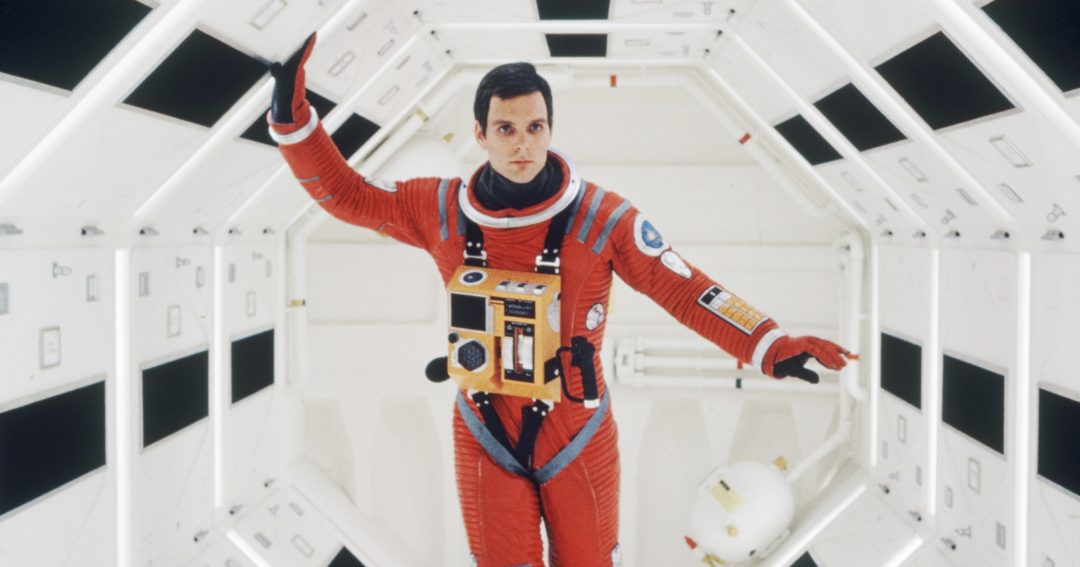 When I set myself the task to watch 2001: A Space Odyssey, I knew I was going to be conflicted with my thoughts. There’s just something about classics that always rubs me the wrong way, yet, at the same time, I do see the beauty and sophistication in them beyond the images on screen. And so it always is, and it is just the same with the first Stanley Kubrick’s film on my BlindSpot 2018 list.

My first thought after watching this very famous and very beloved movie was, that every other space movie is basically a rip-off of this one. The concept of birth, death and time are themes Interstellar explores, a fellow crew member spins into space is a moment used in Gravity, and the evil computer is used in many many films. And while the plot of 2001: A Space Odyssey is simpler than I expected, it still raises a whole lot of heavy and meaningful questions, which is also something many sci-fi movies like to explore these days. I’m not saying it’s a bad thing, but I’m now simply seeing the effects of 2001: A Space Odyssey around me, and that’s an awesome feeling.

As it is such a beloved film, I don’t think I have to go into detail in regards to its plot. It’s simple, and it’s still very interesting and mysterious. What keeps it from being basic, is the domino piece like black alien-esque being, that isn’t in any way explained. We know some of its abilities but we know nothing of where it came from (Jupiter that looks like a very fancy museum?), what it wants (do see a human, do birth a new human?), and what it will do next. It would seem it acts as a representation of God in a way, but I can’t really be certain. There is a lot of theories about it all, and I guess this movie still is a mystery to this day, because the filmmakers never really explained their point of view. Which, in my eyes, is a nice touch. No explanation means everyone can interpret the movie themselves – secretly, I think that’s exactly what 2001: A Space Odyssey aimed to do.

As mentioned, I do tend to have a hard time with classics and it’s usually to do with the runtime. Over two hours and I get fidgety, I get impatient, I sort of lose the lack of concentration and that’s easily explained. Attention span has become shorter and shorter over the years, and people are able to focus for shorter period of times. This is why I think it would make more sense to shorten classes and university lectures, because I had the worst case of concentration during 3 hour lectures in university, I can’t imagine enduring one now! And that kind of mental ability has now slowly seeped into my movie watching habits as well – over 2 hours, and I’m restless.

2001: A Space Odyssey is longer than I’m used to and I did notice the time starting to stretch. It’s almost ironic considering the end of the movie, time as a concept, is played around with. Our main character goes through these stages of life very quickly, seeing his own life pass by, and is reborn in what feels like minutes. Until that moment, you think you’ve almost got it all figured out, but that’s when the giant baby floats into space and looks over the Earth. And you’ll sit there and think to yourself, what the hell is that?

Visually, this movie from 1968 is ahead of its time. It looks stunning, and it’s no surprise it won the Oscar for Best Visual Effects. I’m in complete shock that Oliver!, a musical, won Best Director and Best Movie over this one, and 2001: A Space Odyssey wasn’t even nominated. I have no intention to even watch Oliver! and yet, 2001: A Space Odyssey is currently probably in many watchlists and favourite lists of bloggers. Talk about an Oscar snub!