After every Marvel movie, I have either the urge to write a review or I don’t. With Black Panther I still felt a little confused about which way to go for a long time. As you are reading this, I have decided to write a review, but I am still a little hesitant.

The meaning of Black Panther is ground breaking! Now a billion dollar movie, it is the best selling movie that doesn’t feature a white main character! This is important! This movie will be remembered as culturally significant to the African-Americans. Important for those not only in front of the camera, but also for those in the audience. And let me be clear. I understand and fully support the meaning of Black Panther, the entire cast is brilliant and everything negative I do say in this review, has nothing to do with the context of race.

Before we get to the territory of less impressive, let me share some of the things I absolutely loved. I loved the setting of this movie! Wakanda is beautiful! The cultural elements and the entire production of Black Panther feels sophisticated and well thought of. The soundtrack was on point and it elevated the experience to a whole new atmosphere. And, because it is a little different from other Marvel movies, Black Panther has a very specific visual style. Props to Ryan Coogler for achieving such a visually captivating film, and making history! 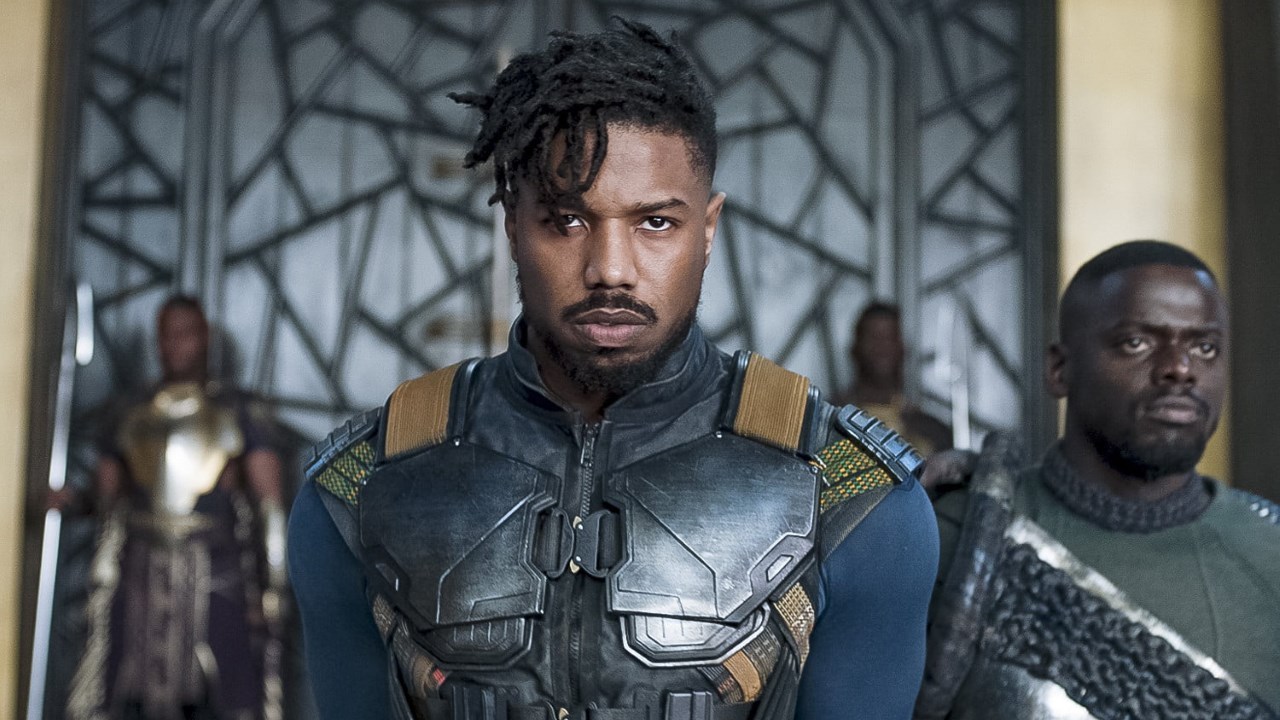 Another big plus for the Black Panther movie is its cast which ranges from Oscar winners to future Oscar winners! Honestly, there is no weak link I could point out in terms of screen presence. Though, let’s be honest, it’s probably difficult to stay focused while sharing a screen with Michael B. Jordan! Chadwick Boseman as T’Challa is a great match for Jordan, and Boseman delivers all guns blazing. He is charismatic and powerful, and his interactions with his sister and beloved are amazing.

This brings me to the ladies! Lupita Nyong’o, Danai Gurira, Letita Wright and Angela Bassett kick ass and almost steal the spotlight from the men. I especially enjoyed Gurira’s character because she had one really great action sequence in the middle. Yet, if you really wanted me to pick a favourite, I wouldn’t be able to. I love  all these ladies equally! And is it just me, or is The Dora Milaje the most awesome thing there ever was?

Black Panther still feels like every other Marvel movie when it comes to its structure and story telling. We have the well known three stage plot, an weak villain’s arc (I’m sorry but it’s true), plus, it is a little sheer in terms of action. Black Panther does carve itself its own path along the way, and as a political comic book movie it does work. But would I call it my favourite? No. Partly because of my undying love for The Winter Soldier, and partly because the movie felt a little dragged out sometimes. And I’m sorry to say that, because I would have loved to love it from start to finish. I can’t love something that I didn’t tune into the entire time.

“I would have loved to love it from start to finish […]”

Before I wrap up my review, I do want to point out the comment I made in regards to the villain. While Michael B. Jordan gives a strong performance as Killmonger, and the motivation behind the character works, it’s still a waste of potential. What bothers me the most is the fact that Marvel treats most of its villains as deposable. Why not allow Killmonger to survive only to return later with a newly found purpose? Having villains defeated so easily beats the purpose of having a villain in the first place. It down plays the danger and the threat of the villain if they are either killed in their first movie or turned into anti-heroes later on.

I am not saying that Killmonger is a weak villain. On the opposite, I think he is a great villain and a brilliant opposite to T’Challa. What’s weak is the fact that the movie throws that potential of a life long enemy away after one movie. Imagine if there was always the possibility for Killmonger to return? It could be such a powerful moment.

Last but not least, can we talk about the after credit scene? My poor heart was beating so fast when Sebastian Stan’s Winter Soldier was back on screen because I miss him so much. He is by far my favourite character, and I actually think I like him more than Captain America. To see him well and healed, on his way of becoming White Wolf!?, was the cherry on top after Black Panther!  Meanwhile, please refer from mentioning any Infinity War trailer information because I haven’t seen it.