This post is meant for those who don’t mind spoilers. Also, people who enjoyed Bates Motel might want to avoid this review of the pilot due to it being extremely negative.

I initially planned to pen down Hung’s first season but then I decided to shake things up and review a single episode instead. Bates Motel happened to premier this week and since it didn’t appeal to me at all, I doubt I will get past its second episode let alone be able to watch the whole first season – therefore, the only time I do write about Bates Motel is in this post.

After seeing the promotional images, the posters and the teasers, I’m not gonna lie, I was excited to see Bates Motel hit the screens soon after American Horror Story was going to wrap up its second season. And when the day came, when Bates Motel finally premiered and I watched it, all of that excitement died piece by piece during the pilot episode. There wasn’t a single thing I enjoyed about it, everything seemed so off and so forced – worst of all, the entire episode was uneventful and far from being scary! Then again, I might be wrong because it currently has a 7.8 score on IMDb.

Now, I don’t want to call myself a TV-show expert but as I’ve spent more time watching TV than doing anything else, I’m gonna do it anyway: I’m an expert of television. With that comes great responsibility and a lot of knowledge that ruins the surprise elements more often than I would like. There is a lot of predictability in TV-shows and it is a very rare occasion when a show’s plot breaks out of those commonly used habits – The Vampire Diaries has killed off so many main characters for a teen-show that it does surprise me. Another thing that describes television nowadays is the fact that it has become HUGE! Game of Thrones production seems better than big budget movies and it sets a high bar for any fantasy series that wants to follow its success. All of this, including the fact that I’m an expert of television, means that I’ve started to expect a lot more. Therefore, I was waiting Bates Motel to hit all my good spots and be amazing but it didn’t even thrill me.

My high standards regarding television shows has made me very picky these days and that is especially evident for shows that are just starting. There is so much awesome out there and newcomers have to live up to those or do it even better – Bates Motel’s downfall comes across exactly from that. As American Horror Story became TV’s go to horror show, Bates Motel had big shoes to fill and since it has such an important back story (Norman Bates aka Psycho), the pressure was even higher. Giving all of this, the show crumbled under pressure and instead of powering through the pilot, it started to develop a slow story line with predictable situations and unbelievable characters from previous hotel owners to friendly teenagers.

Before I get to the supporting characters, I need to present the first set of bad words regarding the roles. There are two main characters, Norma and Norman Bates, and I didn’t enjoy them. While Norma was portrayed by Vera Framiga who seemed fitting for the role, the character of an overly loving mother was a bit boring. I’m not sure where things went wrong but Norma wasn’t consistent and the bit of mystery she did possess in the beginning disappeared by the end of the pilot. Norman Bates was brought on screen by Freddie Highmore and this character was even a bigger mess than Norma. Everything was wrong, I didn’t like him, I didn’t find him appealing nor interesting. As a character, Norman is supposed to suffer from emotional abuse caused by his mother, but it doesn’t come across in the pilot as well as one might hope. It is just plain boring to be totally honest. Overall, plain isn’t bad for some episodes but it was the pilot episode – that shit is supposed to be addictive good in order to keep the viewers instead of losing them.

Supporting characters weren’t any better, the teenage girls were all over the place in terms of their friendliness. I didn’t mind the sick girl being friendly, the main click being all come to the party with us towards Norman was the fact that bothered me to extremes. It was evident that Norman did have good social skills but those were kind of presented later at the party. The fact that he was invited the first place was what bothered me: teenage girls don’t invite the new-kids to parties! Problem with Norman is even more disturbing because Highmore doesn’t look visually appealing though I think one of the girls called him cute. He is not cute, he is awkward looking and regular – not bad things but definitely not suitable for the context of Norman’s character. Coming back to the supporting characters, the annoyance continued when the previous hotel owner entered. What a cliché! That was just so horrible, out of nowhere comes this big man, then comes back and starts raping her – maybe it’s my fault but man, it was just so stupid!

Stupid – that’s the best word to describe Bates Motel’s pilot and I’m sure it will continue to be as such. The core issue that I have with it is the writing. Norma would be amazing with Framiga, even Highmore would work as Norman, if the writing was better. And I’m not saying it’s bad, I’m sure some people like it, but for a horror show it doesn’t even come close to horrific. Bates Motel is weak compared to what it’s supposed to be – a childhood of a killer – and the pilot should have portrayed that with all guns blazing. Maybe playing around with the past and the present (the short torture scene in the end was not enough, plus, it was too late by then), maybe mixing things up instead of following slowly the stream of reality. Even the scenes that were supposed to be thrilling and exciting, the cops dropping by, were slow and predictable. That was not what I wanted nor needed while watching a pilot of a thriller/mystery TV-show.

All in all, I was not impressed at all and quite frankly, I was a bit mad in the end. How a show with such a promising premises, a serial killer’s childhood, can turn into a snooze-fest? Nothing promising came out of the first episode and the pilot is supposed to be everything! It’s supposed to be something that will show where and how the show will be and when Bates Motel is going to be what it was in the pilot, I’m hoping for its quick death. 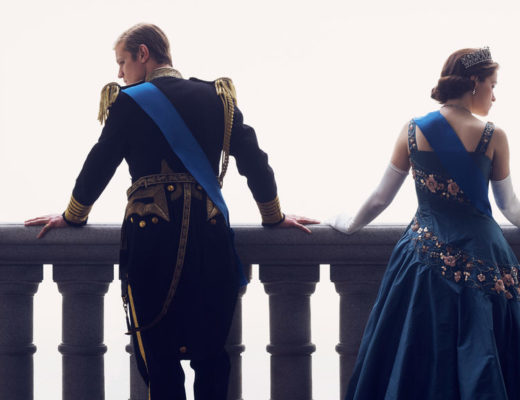