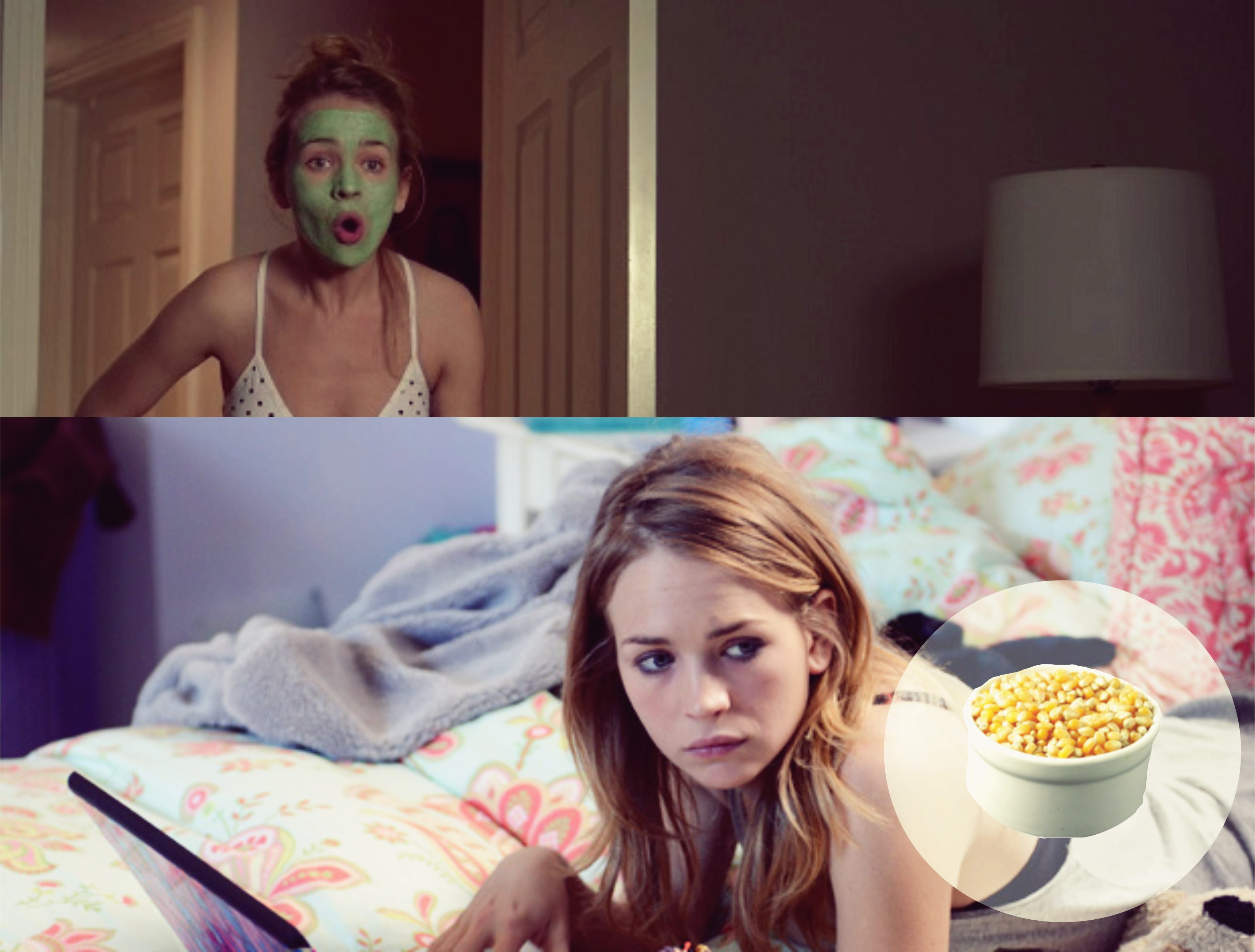 Though you didn’t ask for spoilers, you’re getting them.

Recently I’ve realized that my favorite kind of reviews to write are for those little known indie movies that are sort of good but not great. These movies fall a little bit short because they don’t have that something special but they’re not bad either. In other words, Ask Me Anything is not ground breaking or anything but there’s still things I want to say about this movie.

This is yet another teen-angst and sexual frustration / awakening plot that specifically revolves around Katie (Britt Robertson) who writes about her men on her blog. She pretty much has a thing for older guys, while having a boyfriend (Max Carver) and is constantly looking for that better man to come along. There is Dan (Justin Long), then there’s Paul (Christian Slater) – both not really committed to her but who can say no to a hot blond in short shorts. Anyway, the movie goes from one man to another, showing us that Katie is troubled in more ways than one.

Though the performance by Britt Robertson is rather good at times, she still doesn’t come of very believable as Katie and it sort of takes away the reality from the situation. She is supposedly a victim, who is acting out in her teens because she has repressed issues deep inside but it never really affected me as a viewer. It wasn’t rough enough, it wasn’t cruel enough, it was a tad short from shocking because it never really went there. Slightly hinting at it wasn’t enough for me and that made Ask Me Anything feel more like teen rebellion than suppressed anger.

Performances by Justin Long and Christian Slater where strong, they stood out throughout and it’s a shame there was so little of them. Though both portrayed technically bad guys, their performance was good, Long especially shined in the aspect of being an older man ashamed of himself at times. Too bad the movie wasn’t very kind with the male characters, making only the step father with horrific mustaches out to be the good guy. Eventually, all these men in her life became suspects because as the movie rolled into its final minutes, it got interesting!

For what have could been an excellent midway point, Katie disappears in the end of the movie and her mom reveals on her blog the things that she has been lying about. Though most of it was just said to sound better, some of it true and some of it possibly true, point being – Katie ended up pregnant in the end and goes missing. The three possible fathers are all sort of suspects but the private investigator never gets to the bottom of the things because the movie ends right then and there. A shame really, it would have been an excellent plot twist, turning the whole movie around and giving it sort of a Gone Girl effect in the teenage world.

That’s what bothers me the most, the fact that the end was pretty good and if the movie had been a tad bit shorter in the beginning, it would have allowed the mystery to play itself out. Then again, the open ending movies are always frustrating to me so I can’t really blame the movie but myself. I just gravitate towards the idea of solving a mystery rather than having the questions of did she or was she in my head forever. That ending was good though, it elevated the movie for me and it’s too bad the beginning wasn’t as solid with its build up.