When my vacation officially started mid Sunday afternoon, I decided to spend my first vacation evening with Alex Rider. A teenager who was unbeknownst to him trained to be a MI6 spy by his uncle. The show is based on Anthony Horowitz’ popular book series and there’s that 2006 awful movie Stormbreaker. But now we have turned a new page and have an Amazon Prime series. Guys, it’s a pretty solid treat!

Alex Rider TV series has an eight episode first season. It has elements of the first and second book, so it borrows from Stormbreaker and Point Blanc. From a bit of searching I found out that the show doesn’t strictly follow the books but instead creates its own story while staying true to the source material. I haven’t read the books so I don’t know how well it works as an adaptation but general vibes online have been positive.

It’s also good that the book series author himself is connected to the project, he is an executive producer on this. That already adds a level of trust and creates a sense of respect towards the show, even if they made changes. That being said, I’m here to write about the show and not the books. My only comparison is the 2006 movie that is based on the first book.

Anyway, the movie and the show have completely different vibes! They are in the same area of genres, adventure and action but Alex Rider the show is much more darker. It has that British darkness to it, gloomy cinematography and I’m all here for it! The tone fits the plot, there are some great subtle action sequences and the show doesn’t overdo itself. There is an element of minimalism to it as well.

Basically, Alex Rider is your not-so-typical teenager who lost his parents and has been raised by his uncle. His uncle, an MI6 agent, has been training him all his life but Alex himself isn’t aware of this. When his uncle suddenly dies in, what is said to be a car accident, Alex gets suspicious. Suddenly he is being recruited by MI6, blackmailed actually and he ends up reluctantly going to Point Blanc – a  suspicious school for troubled teenagers.

He leaves behind his guardian Jack (Ronke Adekoluejo) and best friends Tom (Brenock O’Connor), who will get into their own trouble along the way. Tom is especially funny and adds comic relief to balance out the serious tone. Tom’s also the one who wears “the book was better” T-shirt in the final scene of the first season – a show that is able to make fun of itself is a good show in my eyes!

Our main protagonist Alex is portrayed by Otto Farrant. He might be familiar to some but for me it was the first time seeing him on screen. The dude is 23 year old but plays a 17 year old – it’s very believable. He has that baby face quality to him and I think the haircut helps. Farrant does an amazing job. I wrote down in my notes that he can look both innocent and menacing, which I guess is perfect for a spy. 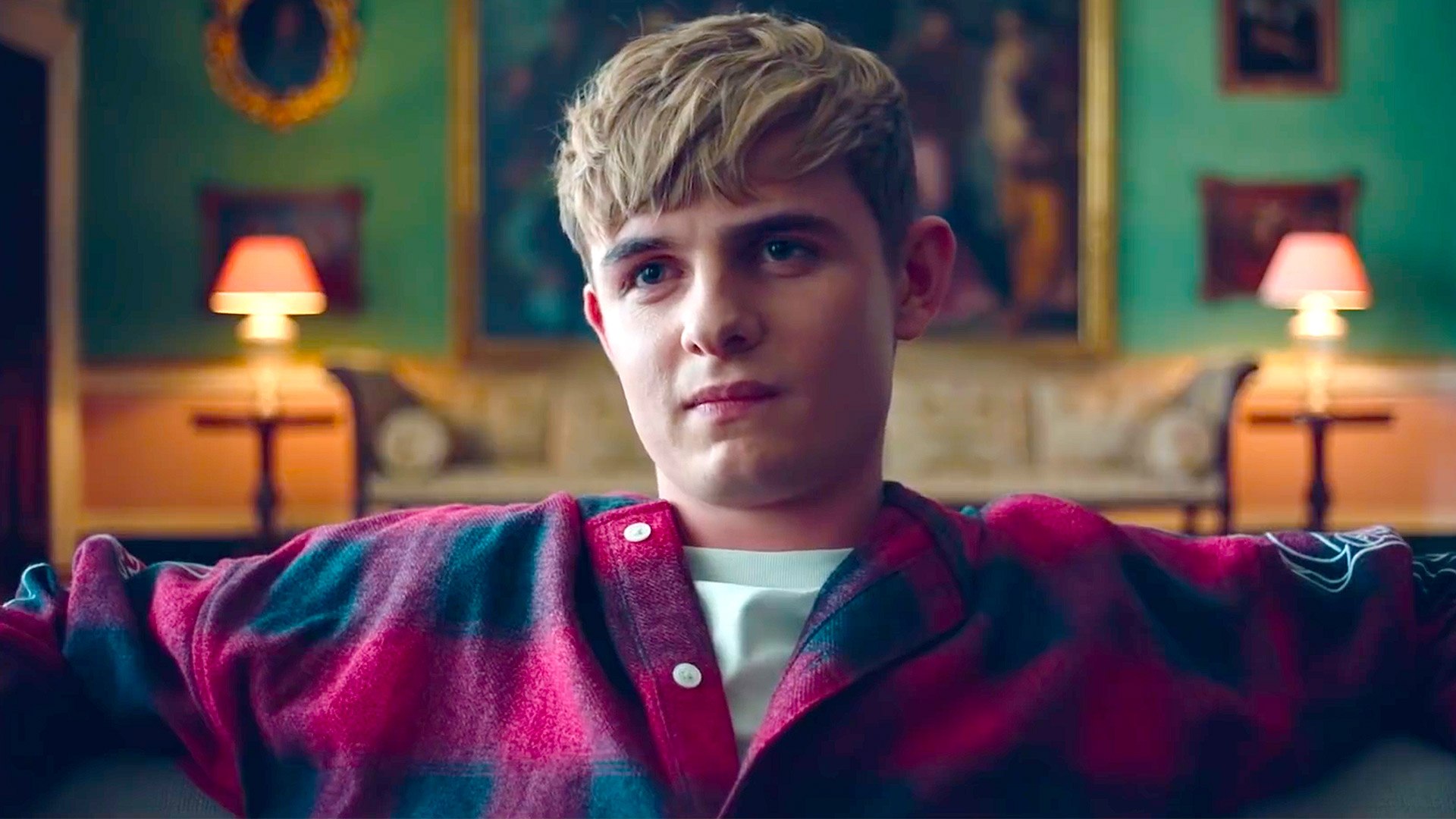 He has these huge puppy eyes that are very expressive and he brings the show a lot of emotional depth. That I think was missing from Stormbreaker which was more focused on the action, making it shallow (and bad). The TV show is much more rooted in reality, feels grounded and more realistic. Plus, Alex is skilled but he is not perfect, he can do exceptional things but they feel natural and the show feels more real thanks to this.

While the first episode is basically a set up I was already familiar with, the second episode was amazing! Another episode that was really strong and stood out to me was the seventh. While the last one was also okay, the seventh episode definitely felt like a proper spy episode. Very well done and as I’ve said before, quite believable and realistic.

Another thing I liked about the show I liked was its soundtrack. Now there is a mix of songs and instrumental tracks. I loved the instrumental stuff, it was eerie and thrilling, a perfect fit for such a show. And Farrant sings himself too which was brilliant! God, I really loved the second episode, it was so good!

So does it seem that I loved this show from start to finish? Well, I think some episodes were definitely a bit weaker than the others. The pacing was a bit slow here and there which meant there wasn’t any urgency to some of the episodes. Yet, overall, Alex Rider is a great binge treat for everyone who loves spy stuff. Yes, it’s young adult but it fits well enough at the boarder that it could be adult. It’s serious, it’s thrilling and it does have a solid story line. Mission Impossible sort of stuff but more brooding.

The first season ends on a cliffhanger of sorts as well. We get this question mark thrown at us but we sort of know the answer. I guess you could say it’s obvious but I don’t really mind that. I read somewhere that the filming of the second season has been postponed due to corona so it will be a while until we get the second season. But apparently we are.. and there is no reason we shouldn’t.