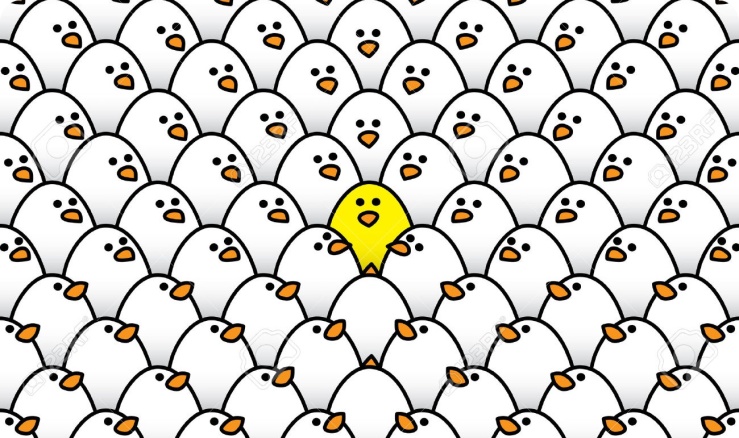 Another year, another Against the Crowd Blogathon hosted by Dell on Movies (and co-hosted by KG’s Movie Rants) and there’s not chance I’m going to miss this one! Last year was a close call, I discovered it almost at the last minute but still made the deadline. This year, I’m more prepared and I even asked if it was happening before they announced it! Yes, I was that eager to participate! For those who are new here, Against the Crowd is a special blogathon for me because it’s the one I’ve participated every year since it started – I am that dedicated for it! So let’s get going, first the rules and then the two picks I decided to either argue against or defend for!

Though I have these memorised, here are the 6 rules you should follow:

1. Pick one movie that “everyone” loves (the more iconic, the better). That movie must have a score of 75% or more on rottentomatoes.com. Tell us why you hate it.

2. Pick one movie that “everyone” hates (the more notorious, the better). That movie must have a score of 35% or less on rottentomatoes.com. Tell us why you love it.

3. Include the tomato meter scores of both movies.

4. Use a banners from the announcement post, or feel free to create your own. 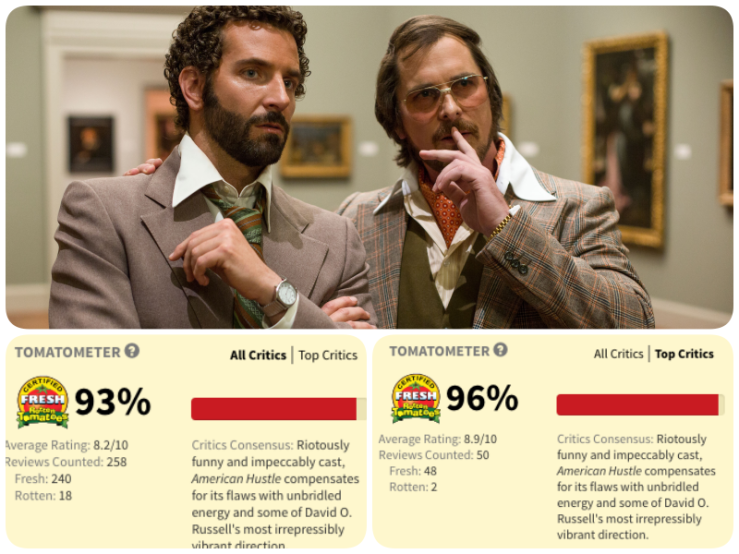 Every year this section gets harder and harder, while the choice to defend a bad movie always seems to give me multiple choices. This year I skimmed through pretty much all the high rated movies on Rotten Tomatoes and came to a conclusion that if I was going to argue against something, I better argue against something I don’t remember watching.

That’s the fundamental case against American Hustle, it’s forgettable and the only thing that sprung to my mind when I saw the title was Bradley Cooper’s awful perm. What was the point of the movie? Who was who and how did it end? I remember nothing. And sure, you could state that I did saw this one 4 years ago (man, time really does fly) but I saw Her the same month and I remember it! I even even remember the moment where my heart broke a little because I felt so bad for the main character. So no, it’s not about time passing and my memory getting weaker with age, it’s because no way in the world is American Hustle a memorable film.

I see around 80 movies a year, read over 50 books and watch tons of shows – as time goes by, only the strong and the best content stays on my mind. As time passes, I prioritise memories and new content pushes out the ones that don’t matter any more. In other words, as the years go by, many things become irrelevant and I forget them. In the movie world it’s important to realise this as soon as possible because there’s so many movies out there. And that means not rating a film fresh for its performances because it’s now clear, as time has run its course, that American Hustle is as forgotten as are perms!

Here comes Mettel Ray defending yet another romantic comedy from the awful critics that seem to be heartless and especially cruel when it comes to humans finding love. Or maybe they’re just sad and take their anger out on beautiful little treasures like Love, Rosie? Well, we’ll never know. Anyway, in the beginning of the post, I had a moment where I thought I was going to defend something other than a romance movie but why break tradition!? Clearly I have knack for loving movies that have rubbed the critics the wrong way, but appealed to the audience. Because all my past 3 picks, and including this one, have been voted fresh by us, the regular people but have been trashed by the critics.

Love, Rosie is a British film based on a novel written by Cecelia Ahern, the same woman who wrote the novel the movie PS: I Love You is based on, which was my first Against the Crowd pick to defend. What do critics have against Ahern? Because again, while this movie may not have appealed to the critics, I actually didn’t think it was as bad as 29%. Honestly, I would at least give it a 60%, because it’s funny, heart warming and has decent performances by both Lily Collins and Sam Claflin. Plus, it’s actually smart and pretty educational.

The thing is, the main plot of Love, Rosie starts with a condom mishap, and our main character Rosie accidentally becomes pregnant. She is still a teenager but already she has to make such an important life choice, which will, in return, alter her future. The movie takes place throughout the years which is a refreshing way to tell a love story (not uncommon but not the most popular way to do so) and instead of throwing our main characters together, we get to see them grow, grow apart and come together again.

So all I’m saying is that it’s not as bad as the critics make it sound like. It takes on a serious topic, it’s rated R, which is great because swearing in a British accent is always a pleasure to hear. Also, I have to admit, Claflin is somewhat decent when it comes to eye candy. He’s no Jeffrey Dean Morgan but I wouldn’t throw him out of bed either. Plus, I do remember going in very sceptical myself, not knowing anything really, and the movie managed to surprise me. It was much less mushy and much more relevant, which is why I have seen it more than twice already! 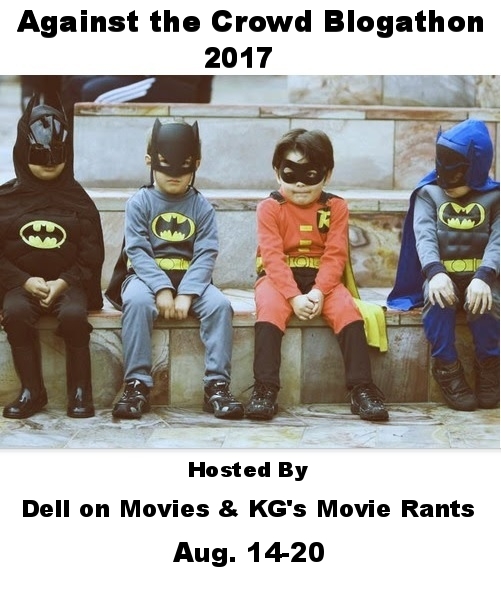