There’s a reason I’m a huge fan of England – it has so many talented people! Danny Boyle being one of them has a new movie coming out soon – 127 Hours. James Franco plays the lead in a movie based on true events about a mountain climber who gets stuck and has to survive 5 days after which he cuts off his own hand. I read that the cutting scene was so realistic that people got sick in the cinema – it’s going to be great! And since it’s not out yet (release date is 5. November) I had to watch something else.. Slumdog Millionaire was my first choice.

I have seen this before, a while back and watching it the second time I think I was able to appreciate it more. I started to see things I didn’t notice before, like the fact that the youngest Jamal is a great actor and I feel disappointment that after Slumdog Millionaire he isn’t in the spot-light. Although Dev Patel who plays the grown up Jamal hasn’t had much of that spot-light also. He did the oh so bad Airbender movie that I’m not gonna even watch! and hasn’t done anything else since. Freida Pinto has upcoming projects (she was the grown-up Latika) but I think it’s because she’s pretty and can act better but who knows.

Slumdog Millionaire was a movie about destiny and it showed it in a more realistic way which was even entertaining (it didn’t even bother me that I knew that they would end up together)- it wasn’t a typical fairytale or a love story – I mean, they only kissed once and it was in the last seconds of the movie. They didn’t even spend that much time on the screen together but the love was portrayed as something more real than anything else. Since the movie was based on a book “Q&A” I give props to people who adapted the book into a screenplay but the main thank you still goes to the writer of the book. And Danny Boyle deserves some props for adapting it in a way he did – like the scene were the kids are running and the camera shows a dog sleeping with all those flies hovering above him – real life as ugly as it seems deserves to be shown.

I think that was the reason it got so many awards and Oscars – it wasn’t Hollywood mainstream in it’s pretty world but it took place in some place ugly and was shown with beauty. I’m sorry if I don’t make any sense but I think I’m thinking too outside of the box with this one and I’m sorry about that. This movie for me took me to a place that a lot of the movies will never take me and if you watched it with an open mind you’ll go outside of your own world (box) too. 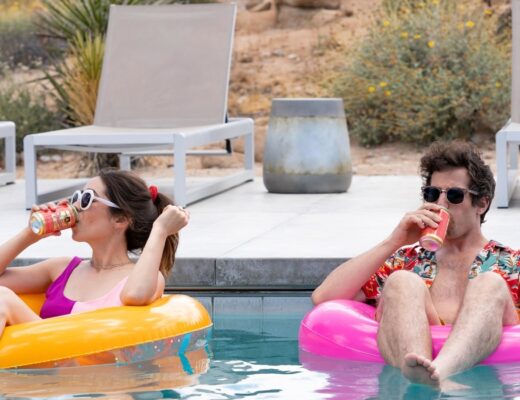