On Tuesday my blog celebrated its 8th birthday all by itself because it’s creator had completely forgotten! To make up for my absent celebration, and for being such a lousy blog-owner, I decided to walk down memory lane. More importantly, I decided to share 8 random posts from each year Mettel Ray has existed since 2010. And considering the first few years were rough, there are some pretty funny as well as cringe worthy posts in this little list.

AVATAR VS THE HURT LOCKER

It’s funny how 8 years later I still stand by my words in regards to Avatar and The Hurt Locker. Though it is not universally loved, I still like Avatar as a movie and look forward for its multiple sequels now, many years later. Plus, The Hurt Locker remains as one of those movies I only saw once and disliked quite a bit.

What actually surprised me about this review from 8 years ago, is that it’s not that bad. I expected to be cringing at things I wrote, but the reviews are actually informative. Definitely more informative that they are now, considering I rambled on for 3000+ words about Infinity War. That being said, I feel like I could have said so much more about Avatar as a movie.

Well, turns out my writing was not as consistent as I hoped. Here we have a post that I could and should rewrite in the future, by adding comments to the rest of the films. But 7 years later, and 10 years after Ledger’s tragic passing, I still find it difficult to watch his movies. Scratch that, I find it impossible.

But again it warms my heart that I still have the same feelings towards Ledger and his movies. They hold a special place in my heart and I’ve thought about revisiting his movies and watching the ones I’ve missed so many times. Maybe some day in the future I’ll be able to get past this invisible wall built by saddness.

WHY I LOVE TV-SHOWS SO MUCH!?

Again, it’s surprisingly refreshing to read my thoughts about TV-shows and agree to them so many years later. Granted, I have stopped consuming so many weekly-shows but I do binge a lot on Netflix. There are some really interesting mentions of shows that I smiled at. Like, I can’t believe I watched Grey’s Anatomy for so long, and I can’t believe it’s still on air!

What makes me a little sad, going through my archives is the fact that I used to write so many TV-show posts/reviews. I have missed this. I have missed those posts, especially those investigative posts, where I tracked down all upcoming shows. Not sure if I’ll ever get back to the swing of things with TV-shows, but I sure as hell would like to.

I used to write so many Top 10 posts! Frankly, this trip down memory lane makes me feel like a lazy blogger because damn, I used to put out a lot of content. Now it’s all Commercial Breaks and Thursday Movie Picks. Anyway, I knew this guilty feeling would get to me at some point. Turns out it’s a Top 10 Moments on Friends that finally did it!

This posts also makes me feel guilty about the fact that I haven’t watched Friends in so many years! It’s on Netflix but I haven’t had the need to watch it. I still consider it one of my all time favourite shows but I don’t think I will rewatch it in the near future. There’s just so many other things I need to watch, and rewatching seems like a commitment I’m not ready to make.

MY RELATIONSHIP WITH TELEVISION (FALL 2014)

First of all, how amazing were my image choices for this post!? I mean, I’m impressed by my 2014 year-self, because I’m totally stealing that idea for a future post. And to see what shows I still loved at that time, and to realise that I’ve now broken up with those shows as well, it’s actually interesting.

We have moods as viewers, and I guess my moods have taken me on a very interesting television journey over the years. To see what peaked my interests 4 years ago, and to read my thoughts about shows I eventually gave up on – fascinating. And yet another reason to write more these kinds of posts now as well, so I can look back at them in the future. 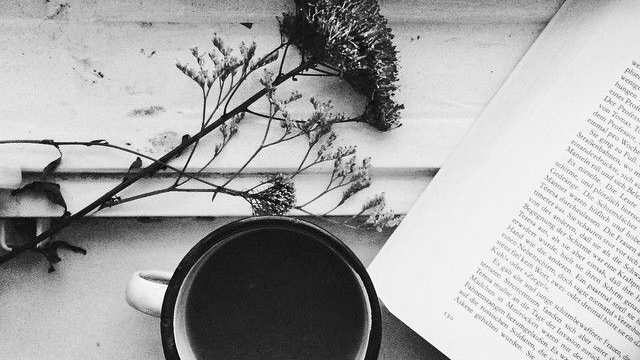 I have had two main rating-systems over the past 8 years, and coffee ratings will turn 3 years old this October. It’s not something I think about that often, but this post also included some other changes I planned to make. I never really got to those changes, but I’ve always thought about expanding my blog to… somewhere new.

Change is scary though. And also sometimes unnecessary. I keep thinking I should express my love for other things here as well, but I have stopped pursuing it. Mettel Ray is a movie blog, an entertainment corner, where I feel the most comfortable. Besides, if I ever get motivated to change things up again, I can always revamp features that Mettel Ray has had over the years.

DESCRIBE YOURSELF IN 3 FICTIONAL CHARACTERS

This fun little post caught my eye because I had forgotten about it, yet I still agree with everything said in it. I haven’t changed much from 2016, and I still am as addicted to coffee and as hopeless in romance. Though if I would change this post, I would probably swap out the last pick.

Also, I just realised that I didn’t reply to any of the comments left on that post. Wow, how rude of me!

Was it really less than a year ago that I wrote this post? It feels like I haven’t been watching Shameless for years because I really went cold turkey so quickly. I guess I quit long before, but hearing things about it made some strong feelings surface. Part of me doesn’t even remember writing this, which means I probably wrote all my feelings out and stopped thinking about Shameless completely. Quite a refreshing way to deal with ones emotions.

Scrolling through Mettel Ray blog archive I realised this blog has become very one note. Compared to some of the previous years, I have really settled into a comfort zone. There have been only three types of posts that dominate my archive, especially in 2017, which makes me wonder. Have I become boring, or have I run out of ideas?

Either way, this experience of looking through my blog’s archive has sparked some new motivation into me. I scribbled down some post titles, remembered a long forgotten feature I feel inspired to bring back and highlighted a plan to post more TV-show related content. So maybe this trip down memory lane was actually more important that I anticipated. And definitely more fun than cringe worthy!

But most importantly, happy belated birthday to Mettel Ray!

Top 10 Movie Scenes That Still Make Me a Little Emotional