First of all, yes, I’ve discovered Kpop. Second of all, yes I’m very new to this and currently sticking to one group only. That group being iKON! A group of six members (previously 7) that I discovered through Bobby, one of their members, who released his second studio album Lucky Man in January. On that is a song called U MAD that I randomly stumbled onto in mid March (thank you, Youtube). So long story short, I’m now a fan of iKON and I already spent the entire April listening to their albums. Therefore I figured I’d share seven iKON songs I’m obsessed with at the moment.

The previous member of iKON is slowly emerging as a solo artist. Last month he released Midnight Blue and he donated the profits earned from that. On May 14th his single from his debut album (out on May 31st) will be out. Though he is not present in iKON anymore many of the groups fans still consider him as part of the guys. It’s no surprise that I also appreciate his presence and look forward for his debut album.

Sure, I’m cheating a tiny bit but I just had to mention the collaboration song of Bobby and JU-NE. It’s just so good with the rock vibes and Bobby’s rap. If the translated lyrics I read are correct it’s quite a sad one as well. Which is going to be quite the theme here for iKON. They do love those sad songs.

PS: Bobby is the only member who has a solo career in iKON but here’s hoping JU-NE will get his solo album as well.

Though iKONs genre is mostly hiphop they have so many songs that don’t necessarily fall into that genre. Most of them are probably going to be on this list and I didn’t even realise it before I wrote down the songs. Though I like their upbeat songs as well I guess I just love to listen to the ones about heart break and break ups.

This is also a super sad song because of Song Yoo Jung, the girl in the video, died in January 2021. She was only 26 years old. It makes the music video that much sadder and that together with the lyrics… cue the tears, I’d say.

To be fair, the lyrics are again on the sad side but the song is more upbeat and heavy hitting. I love the drop of this song, it’s so good and it has an interesting set up. I’m fairly certain it was the second or maybe third song from them I heard. I’ve definitely seen the dance rehearsal video more than 10 times.

Also just on a side note, purple hair on Bobby is magnificent!

The fourth and third was the hardest choice really because both essentially two very upbeat tracks and I like them both. Again the dance rehearsal video is a strong favourite and based on those I could really make another list here. Anyway this is 2017 iKON, very different from where the group is now.

There’s a joy to this and oh if we’re here already let’s shout out B-DAY too because it’s also 2017 and so fun! It’s silly even but that’s part of its charm. AND Rhythm Ta is also great! If you’re looking for upbeat songs. Anyway as you can see it’s hard to stick to 7 songs and I don’t even know why I wanted to. But in theory I do listen to Bing Bing more often.

We’re getting closer to the present time for a minute to shout out iKONs 2020 song Dive from their mini album I Decide. And back to more serious lyrics. Dive has a strange sound to it (in a good way) but the rhythm flows well. This is the first iKON song as a group of six. So I can imagine it feeling quite sad for those who have been fans of the group since the beginning.

I thought long and hard about which song to include from their latest mini album. While there’s no music video, iKON does have a dance practice video for Ah Yeah which I also have seen too many times to count.

Did I just put iKON’s most loved/popular song as my current second? Yes but it’s not that I don’t love it as much as others… I just haven’t really listened to it as much as my first one. It’s an amazing song and again a bit of a sad one. Which is just what you get with iKON.

It’s also the most bittersweet song (as are almost all the songs in this list) since Hanbin (B.I.) is no longer in the group. He was the leader, he wrote and produced iKON’s songs and he is missed by everyone. This was Hanbin’s and iKONs best song in terms of popularity as well as winning the Best Song of the Year award.

I don’t know if I was lucky of becoming a fan of iKON in 2021 because it means that I didn’t experience the heartbreak in 2019. Or if I just missed out on something special that I will never really experience with pure joy….

I think a little bit of both really.

As a new fan Why Why Why was actually the first iKON song I listened to. It’s the song I realised with that I can recognise the members based on their voices. In a way it will always have a special place in my heart.

It also sounds a little different yet it still fits the group so well. And of course it’s similar to Love Scenario because of its theme and the fact that it doesn’t have a lot of English. Musically it’s also a lot calmer and Bobby’s rap is more mellow. And of course it just sounds sad and you know me, always a sucker for those sad songs.

But as somebody who’s mood changes a lot, I have so much to choose from and fall back on with iKON no matter my mood. We have upbeat songs with a strong hiphop vibe and then we have those sad songs. And apparently that’s exactly what I like! 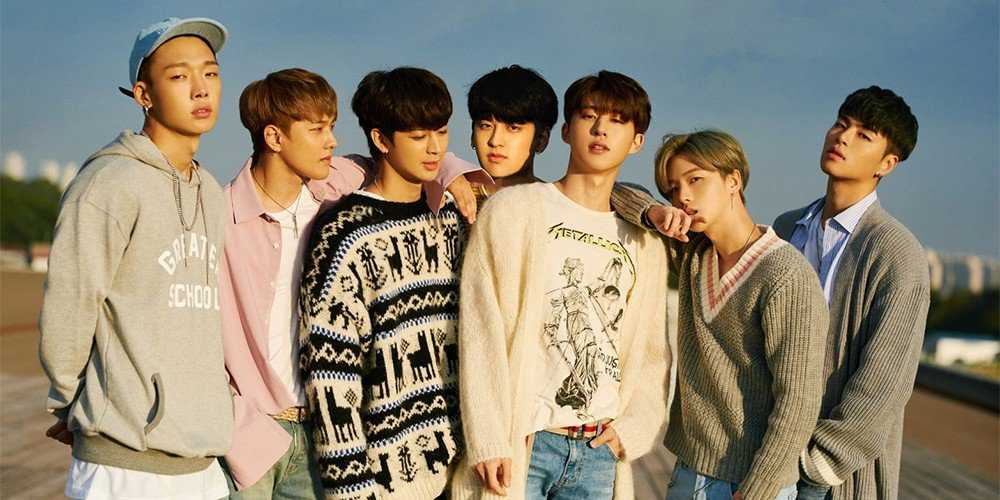 In 2019 the leader B.I left the group due to a drug scandal of which he was later cleared from entirely. He is currently working on his solo career (and most likely album) under his own label 131LABEL.

My biases in the group are Bobby, Jay and Ju-ne. I also have a soft spot for Song because he reminds me of myself and of course B.I (but I’m considering B.I as a solo artist).

Have you heard any of these songs and also, what do you think of Kpop in general?