Still feeling  ill I decided yesterday to stay in, the result – a five movie marathon with my mom. I decided not to make a post about each one of them but simply put them into the order I liked them. First being the best of the day and last being the worst (compared with the other five!). 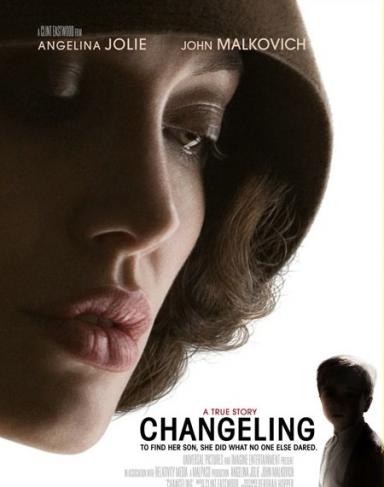 1. Changeling (2008) – At last I saw Clint Eastwood’s masterpiece where he tackles a story based on real life. I liked it, it showed off Angelina Jolie’s vulnerable side – she played a mother who finds her son missing and after 5 months the police find him. “That’s not my son,” she says as she sees the boy for the first time and it isn’t him! The police in LA make me really mad at this movie and I felt bad for the woman, she never gave up even though I strongly think that her son got killed at that creepy farm. She still had hope as we found out at the end – she never gave up the search. I give it a solid 4 – taking points of it because it is one time movie, I can’t imagine watching it twice.

2. Frost/Nixon (2008) – Another great movie director, Ron Howard brings the play written by Peter Morgan (who wrote the screenplay of The Queen!) to a big screen and brilliantly as I might add. I like serious movies that are based on real life, they make it so much interesting to watch. Since this was about President Nixon and the Watergate I recommend it to people who like politics. I don’t like it but I liked the movie – I think that it showed perfectly the thing that I have noticed a lot in politics – a man who knows he has done wrong can still talk the thing into something good, it is all about the way of the words and Nixon in my opinion portrayed it well. He might have been a man who made some bad choices but he sure did talk well. I give it a 3+ – didn’t really get me as excited as Changeling but almost as good.

3. Valentine’s Day (2010) – I saw it for the second time and I have to admit, I liked it more as I watched it again. So I guess this is a good movie because you can see it many times and I’m pretty sure I’ll buy the original DVD when they finally get the price down – I ain’t buying it when it is over priced, it ain’t that good. 3 max – just because Jennifer and Ashton got together at the end – that still made me mad!

4. Smoking Aces (2006) – This isn’t actually my fault that this is almost the last, the DVD was a little broken so I think I missed some scenes that might of been important. But anyway, it felt like Ocean 11 or Italian Job or something – or Guy Ritchie movies – but not as good. The plot was okay, I got that the FBI agent was the mafia guy right when he talked about changing his face so I saw that one coming and I think that is why I’m giving it just 3+. I predicted half of the end – okay, just some of it but still. I think I should see it for the second time just to get a better feel and to see Chris Pine acting all crazy. I think that it was good in some places but it needed a bigger WOW at the end and sadly I got just a wo? – better luck next time ? (Smoking Aces 2 is on my “to watch” list).

5. Case 39 (2009) – In IMDb this movie has a better score than Valentine’s Day but I don’t like those horror movies. I can’t help it. I like supernatural things, I love them! (True Blood, Supernatural etc) but I just can’t get my mind around the movies that have the same things, mostly little kids killing people. It wasn’t bad, my mom jumped a couple of times and I didn’t (big improvement for me) but I think I look for some answers when it comes to demons – I get the fact that she was a demon but why? How? And she drowned? Oh camon.. I don’t believe that. So 3 because I didn’t enjoy the ending, would’ve killed the demon in some other way – why wouldn’t she just burn!?

So this was it, my 5 movies in one post – do you have a different line up or is this just right? And may I celebrate my 50th post? Wohoooooo! I have made it so far so why not go further – 100 by the end of the summer(?). (That might even happen since from 9th to 14th there is a movie festival planned in Tartu and I’m going – a lot of movies waiting to be seen and reviewed!)