It is never too early to anticipate. The only downside to anticipation, is the fact that sometimes anticipation builds up so much, that you might explode. Not to mention that the longer you anticipate, the more you expect and well, sometimes that expectation is not met by the movie. But let’s not think about the negative, instead, let me share these 40 movies that will be released in 2016, in this two part post, that I want to see for various reasons and most reasons are manly.

Order of this list is based on the release dates.

13 HOURS: THE SECRET SOLDIERS OF BENGHAZI

Ever since I drooled over that picture of John Krasinski on the set of 13 Hours, I wanted to see the movie. I didn’t realize right away that it was directed by Michael Bay, which makes me doubt a bit (alright, a lot) but what can you do. And yes, I just admitted that the only real reason I want to see this movie is John Krasinski’s body but I think it’s the most valid reason there is.

Alright, this is a weird pick but I actually find Zac Efron to be quite good at comedy. Besides, Robert De Niro is a legend, so what could go wrong? Sure, I’m going to expect a lot of inappropriate jokes and weirdness, but I’m hoping that it will be a funny experience.

These YA fantasy book adaptations are everywhere but I can’t help it, I’m always interested to see how they turn out. But The 5th Wave, it’s a whole new story because an Oscar winner and an Oscar nominee wrote the script for it! If that doesn’t scream quality, and if Chloë Grace Moretz doesn’t scare you off, I’d recommend this newest addition to YA sci-fi adventure adaptations. If the name Coen doesn’t work for you, then I can’t help you because when I saw that name, I was already putting money aside for a movie ticket. And if names like Clooney, Swinton, Fiennes, Johansson, Hill, Tatum don’t work either, well, you’re probably going to miss out on a really good movie.

If this list were to be in the order of most anticipated, Deadpool would be number one. For various reasons, I hope and I need Deadpool to be amazing! It isn’t the only superhero movie that is released this year, that I want to see, but it’s definitely the one I’m most excited about – so don’t fail me, Deadpool!

This is probably the most nostalgic choice for this list because it’s Zoolander! And I like the people behind this, and I like Ben Stiller and I like how weird it’s going to be and I just like the idea of a sequel for Zoolander amazing!

This was one of the movies I found out about while making this list, and I was immediately intrigued. The sci-fi element is a little bit off putting based on the trailer, but I like the feel and the atmosphere of the film, which is why I’m excited to see it. Besides, I feel like I haven’t seen Dunst in a while.

BATMAN VS. SUPERMAN: DAWN OF JUSTICE

Forget the ultimate battle between Marvel and DC Comics, it’s Batman vs. Superman all the way, people! Though I have several red flags flying in relation to this movie, I’m most likely going to turn a blind eye and head over to the cinema to see Cavill go crazy on Affleck. 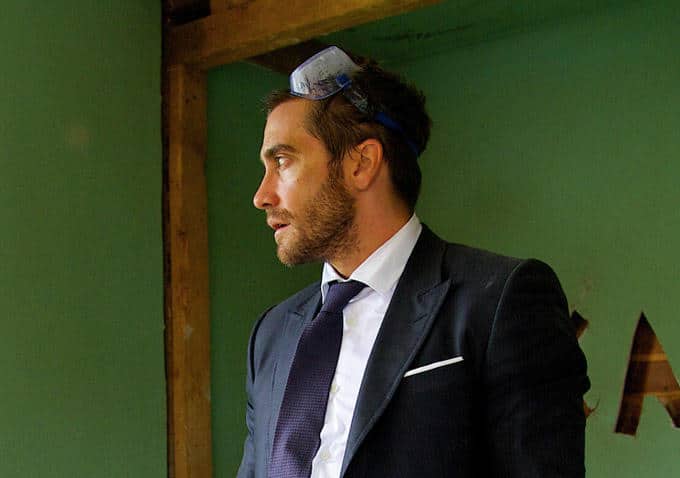 Jake Gyllenhaal – and that’s the end of this sentence.

Out of all the superheroes, Captain America is sort of my favorite. Even with Deadpool being awesome, I feel like Captain America is still by bae. Can’t explain it, it just is what it is. Oh, and I expect nothing except thrilling storytelling and amazing special effects. PS: Sebastian Stan!

The biography genre gets at least one or two additions each year, and this year we’ll get to see Joseph Gordon-Levitt as Snowden. Though I’ve stayed away from biopics for no apparent reason, I’m interested to see this one.. and yes, the biggest reason could most likely be Joseph.

The Nice Guys just looks fun! It looks like a movie that you go to see because of Ryan Gosling, and end up loving because of Russell Crowe. It looks funny, but not try-hard funny, it looks thrilling and interesting. Plus, it will most likely have a 70’s inspired soundtrack and who doesn’t love disco?

My excitement about the X-Men franchise has never been something noteworthy but I have seen all of the movies, so I guess I’m an x-woman. Honestly though, I feel like the franchise got a little better with Fassbender and McAvoy so, I’m glad to see another addition this year. Plus, Oscar Isaac’s the villain!

I think I was not the only one who enjoyed Now You See Me, so I’m sure I’m not alone with this excitement over the next installment. Part of me wishes the second one would be a little better, and a little crazier and a tiny bit more out there in a really good way. Oh, how I wish it would be the case with this sequel. Finding Nemo was, and probably still is, one of my favorite animations ever, and there’s no doubt in my mind that the sequel will be any different. And Idris Elba voices a character! Idris. Elba! Can you imagine, hearing that smooth honey voice, and trying not to think dirty thoughts while watching an animation…

And another sequel I’m thrilled to see because the first movie is my favorite, because Independence Day is one of those 90’s classics that just is a favorite. It was fun, it was sad, and it was one of those action movies I like to love. I’m a bit sad that Smith won’t return, but we get Jeff Goldblum and that’s enough really.

THE SECRET LIFE OF PETS

Another animation that comes out this summer and it seems like years away, probably because I’ve seen the teaser for this for months now, months! The teaser looks great, and it looks like a lot of fun.. fun and animals, what can go wrong?

So, so many cherry’s on top of a cake situations revolving around Mike and Dave Need Wedding Dates from the script to the cast. Writers of Neighbors, Zac Efron, Adam DeVine, Anna Kendrick, Aubrey Plaza! Oh, this comedy

The retelling of Ghostbusters still sounds like a dangerous idea to  me. Granted, it does have so many great comedic women in it, but I’m still little worried, despite the fact that the director is an expert when it comes to comedies.

This concludes the first part of the list. As you can see, there are many possibly great movies and some interesting ones coming out. Also, it’s  going to be a very busy summer for all of us movie lovers!