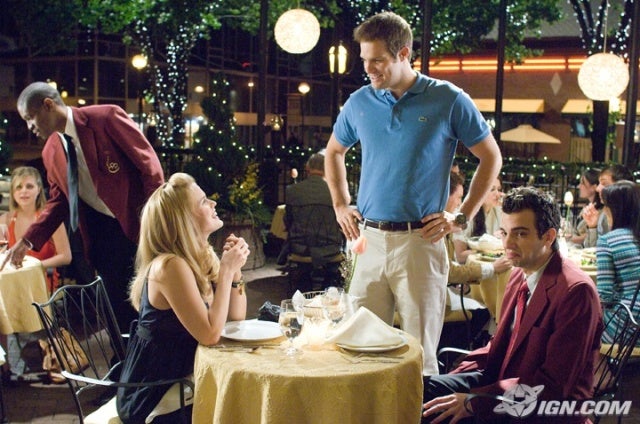 Jay Baruchel is having a big year – How to Train Your Dragon and soon to be released The Sorcerer’s Apprentice addition to She’s Out of My League are bringing this geeky guy into the spot light.  I don’t know about The Sorcerer’s Apprentice (except the difficult spelling of the title for me) but How to Train Your Dragon was wonderful and She’s Out of My League wasn’t as bad as I thought. (Doesn’t it seem that the names of the movies are getting longer and longer?)

Any how, after watching Kick Ass, She’s Out of My League seemed quite a good comedy with its awkward jokes and moments. I have to admit, I laughed at times but I wasn’t surprised of the outcome of the movie. It seems that it’s harder and harder to make a movie which ending isn’t clear at the beginning (The Ghost Writer had that actually!).And in addition I think that the comedy is so hard to write to appeal to the more sophisticated crowd – I for one have had enough of the silly penis jokes and premature ejaculations. I mean, how many times can that be funny?

Jay’s characters mom was that mom from That 70’s Show and I was so thrilled when I first saw her and that was about it. I think my expectations of her character were bigger and that disappointed me a little. The storyline itself was quite common: guy meets girl, guy falls in love with girl, then messes it up, then they get back together, then brake-up and in the end make out! And then there are the crazy friends who are very good at giving advice (at least they themselves think that) and helping out with the laughs. What actually made me like the movie, was the fact that the main girl character was treated well. She had some punch lines too and she didn’t fall or embarrass herself in any way, so that was good – we don’t need another Good Luck Chuck moment or There’s Something About Mary…

So all of that considered, I’d give the comedy 3 stars out of 5 – and I think it has something to do with the “I think I have already seen that” efect that the it had, that a lot of comedies have francly.

0
Tags: Jay Baruchel, She's Out of My League