Before I get to the post I just want to admit that I had watched the first couple of episodes before giving up on it and then basically forgetting the show for years. Then I had nothing to do and I stumbled on it and watched the entire series in four or five days. The seventh season just ended and left us with a cliff-hanger – oh the long wait.

I decided to do the post in a new way, listing all the main characters (trying to list those who have already left the show as well) and giving short summaries about them. Since I’m not good friends with the spoilers I try to keep bigger story-lines wrapped but Weeds has had 7 seasons which means it is hard to describe the characters without giving away some information. The motivation of this post is to get you interested in the show as well as a reminder of the main characters.

Nancy Botwin – one thing Nancy definitely isn’t – is boring. As a mother of two and a widow she has issues with paying her house payments: this has pushed her into dealing weed. Right from the beginning it is clear that Nancy doesn’t give up, loves her children endlessly and loves to bite straws (she drinks a lot of ice-latte’s for which she has always got the money for). The evolution of Nancy during the entire series is interesting, I have to admit, I rather liked her in the earlier seasons and then I developed a dislike towards her. Since trouble always seems to find her and she very often gets stuck she has to make some difficult decisions which aren’t very smart but then again she gains back the trust by sacrificing herself. Season 7 is my least favorite season of Nancy’s, I’m saying this because I think that the show in general is slowing down and is in a serious need of some high – something that described the show in the beginning.

Mary-Louise Parker who plays Nancy is a whole different story, she is Nancy Botwin in some ways and I think that she has given the character a lot of her own attitude. During the series I think she has gained some confidence and it is clear that she tries to steal the scenes she’s in. No surprise too, Nancy Botwin likes the attention and craves for it as much as she wants to make it as a drug dealer.

Andy Botwin – the underdog type of guy who is definitely in love with his late brothers wife Nancy. He is a great cook, always there to help and never gives up on Nancy or her sons. Andy is the kind of best friend everybody wants, he is funny and loyal and although he sometimes messes up (especially in the earlier seasons) he still finds his way back. I used the word “underdog” to describe him because he is probably the only man in Nancy’s life she hasn’t been with but will probably end up with him in the end. They just work as a team and as a couple – sadly the writers haven’t done it yet cause that would tie up too many possible story-lines.

Justin Kirk portrays Andy with up most respect. He adds the comedy to the scene (not that others aren’t funny) and is just adorable. I like the fact that Kirk is Andy in my mind cause it proves that he has made the character his own.

Silas Bowtin – the oldest son of Nancy who could best be described as the lost soul. His first girlfriend leaves without saying goodbye, he also dates an older women and  tries to keep her deaf girlfriend by making her pregnant. So yes, Silas has some stupid moments but one thing he is good at is his moms’ business. I think it comes naturally to him but since Nancy doesn’t want him to do what she does and basically wants to control  and keep him safe it is clear that Silas feels disappointed. He knows he has potential but he can’t show it to his mother.

Hunter Parrish gives his puppy eyes to Silas and does it with cuteness. Visually speaking (or from the point of view of a woman) he is the most appealing person on the screen. He brings the sweet into Weeds and I think he is proud to do so.

Shane Botwin is the youngest son of Nancy and probably the craziest in the family. In the beginning he seems just odd and left out but later on it is clear that he is the strongest of the family – sometimes in a bad way. He is intelligent and wise beyond his years and no doubt the one with the toughest skin. When he is all grown-up I’m pretty sure Nancy starts to trust him more than Silas.

Alexander Gould brings the weird into Shane and is doing it better and better every season which is probably due to the fact that he as an actor is growing into what he actually is. I’m afraid that he is as creepy as his character sometimes is but hopefully not really.

Doug Wilson is a wash-out. Doug does have a family which we don’t see (his son only appears in the first episode and his wife once in a later season) but he is the guy who just can’t catch a break. In the beginning he is one of Nancy’s clients but by the seventh season he is a “good” friend to Andy. He messes up a lot and gets into trouble and basically represents a guy who is usually considered as an idiot.

Kevin Nealon brings the character into life and not to be insulting, really looks like somebody who would be called an idiot.

The Hodes family – this is a family that is more twisted that the Botwins. Celia is a friend of Nancy’s who just likes to mess everything up. She becomes a very unpopular person and it is clear that her own family doesn’t want to have anything to do with her. She does crazy stuff and is even crazier when she does drugs. Dean, the husband is a much more likable character but just like his friend Doug, he also has the attributes of being a loser. Isabelle is the daughter who gives her mom a hard time and is probably the only one who does bring Celia down a notch – love her for that.

Of course there are a lot of other characters like reoccurring drug dealers and a long list of Nancy’s boyfriends but it would take away the element of surprise when you do plan to watch the show. A show that is mainly about drugs but also, about family – the twisted and troubled version of it at least. 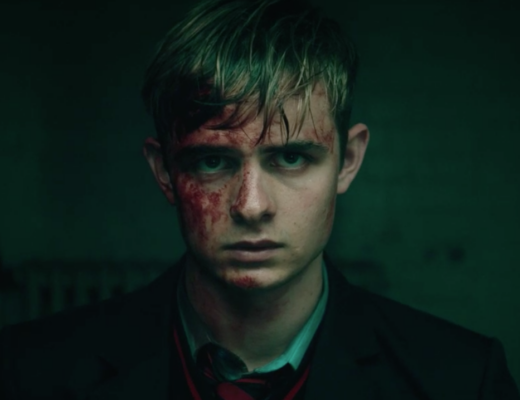