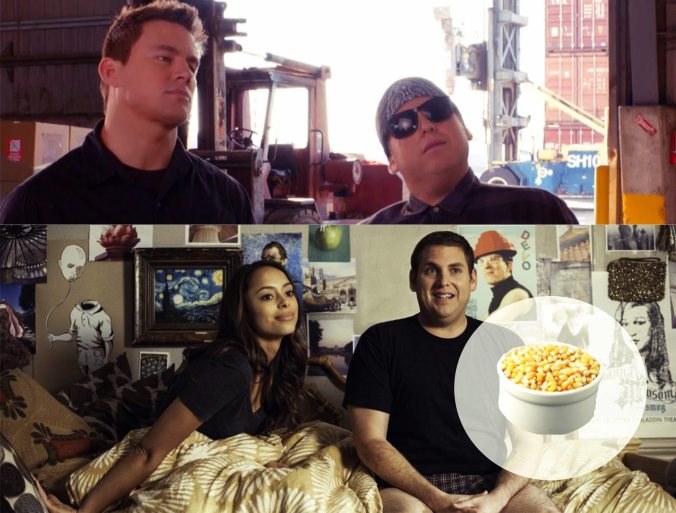 No spoilers, I promise.

There’s something comforting about this comedic duo consisting of Jonah Hill and Channing Tatum. They just fit and I can almost feel their friendship oozing from their scenes, especially in 22 Jump Street but was it enough to make the sequel shine? For me, and that’s just my personal opinion!, I didn’t find the love for it, honestly, I actually struggled to like it.

Before I get to the bad stuff, let me just stress the fact that I absolutely love Hill and Tatum. I love them separately, I love them together: they are a perfect combo of perfection and I’m amazed of how far they’ve come. I can’t fault their performance in 22 Jump Street, let’s just state that right from the start as well because as you’ll soon find out, my problem with the movie isn’t about them, it’s the material and I don’t want to blame Hill nor Tatum in any way. That being said, with some of the bits and scenes, Hill and Tatum definitely pulled out their skills and elevated the movie for me but eventually, it wasn’t enough to carry the weak material.

The main challenge 22 Jump Street had to take on was the matter of being a sequel, jokes aside, the story should have been strong and carry the movie well with all its elements coming together. Now, I personally didn’t find the main plot to be interesting, it actually seemed boring but I did appreciate the fact that the movie itself mocked the fact that it was a sequel – it just didn’t do it enough. So instead of being a great sequel with an amazing plot it also didn’t mock the fact that it was a sequel enough to be brilliant. What bothered me the most was the villain of the story who had no appeal nor charisma, it was just seemed unoriginal for me.

Therefore, as the faults range from the script to the characters and to the acting, Hill and Tatum didn’t stand a chance and it is obvious they didn’t achieve the success they had with 21 Jump Street. Yes, they were strong, Hill’s walk of shame scenes portrayed so much emotion I wanted to give him a hug, Tatum’s freak out at their boss’ office was brilliant, but with sparse successful scenes, I just couldn’t love it as a whole.

Eventually, what stood out from the movie were the small things that had been there to fill the void – Rob Riggle’s and Dave Franco’s short appearances during the movie and after the credits stole the movie for me. Another small touch of genius was the end credits, with a short cameo from Seth Rogen, which seemed to be the best part of the movie for me and it happened after the movie was over. Then again, maybe it’s just me because as of now, 22 Jump Street holds a better score on IMDb than 21 Jump Street.

I’m not surprised about this because time after time I’ve expressed my dislike for many comedies people have seemed to like over the years, because I find most of the blockbuster humor to be insulting and offensive, while everybody else loves it. Bridesmaids and The Hangover are fine examples of my dissatisfaction towards this genre and I can’t seem to change my mind about it.. even though I try.

Yes, I honestly tried to like 22 Jump Street, I really did. I picked out a couple of stand out moments, tried to pick some more and already struggled – for me, 22 Jump Street had the potential to be amazing but it just didn’t raise the bar high enough. It lacked in the story, it lacked in the crime element, it lacked in the supporting characters and I still don’t understand why exactly Peter Stormare was there. But I’m guessing with such a high score, there are reasons to see it, the jokes I guess, the gay undertone, Hill and Tatum.. but for me, these reasons just weren’t enough this time to love the movie.