The second list in the 2014 in Retrospect series is a good one! And it also means that only good lists will appear from now on because why focus on the bad when you can celebrate the good. Since I’ve been especially fond of television shows lately, I decided to highlight 11 (because I couldn’t narrow it down to 10) newcomers from 2014 that definitely made an impression. And I didn’t really want to rank these shows but the following list is still sort of in a particular order.

Check out the 11 television newcomers that left an impression !

These two dramas are both hospital related, Remedy with a more family-oriented plot and The Night Shift with its emphasis on the trauma unit. Both good, both memorable due to couple of characters and since I quit Grey’s Anatomy, these shows helped to fill the void in 2014.

Another medical related series but this time about three medics driving the ambulance and it’s hilarious! Though Sirens is a remake of a British series, it holds itself up just as well with very appealing characters and lovely friendships.

MTV has had its hits and misses but it has proved to deliver very strong first seasons for multiple shows now. Faking It is no different but it does tackle a very important and a refreshing topic – gay teens! And especially, a gorgeous lesbian in love with her best friend.

Better of the two, Forever isn’t receiving enough praise but I personally love it a lot! Stalker on the other hand is great for its main characters and their plot lines but the episode-cases are too darn dull. Still, both shows have the crime element which I’m always a sucker for.

I spoke highly of The Affair’s pilot and it’s a shame I haven’t had the time to write about it more. There’s something mesmerizing about it, if you have the time to loose yourself into the story. Plus, Ruth Wilson is one hell of a woman! 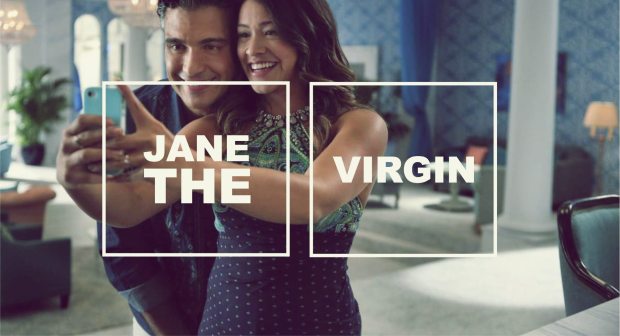 Talk about a surprise of the century because I had no idea how good Jane the Virgin would turn out. The show isn’t afraid to make fun of itself and it tackles romance in a whole new way – so this soap opera clihcé filled series is amazingly entertaining!

Sure, Shonda Rhimes has the tendency to go too far into the drama and push story lines out of their comfort zones but the beginnings are always great. How To Get Away With Murder is no different and it starts off strong, followed by an amazing cliff hanger!

To end this amazing list is the show that brought us all down to our knees because what a show it was! Sure, True Detective follows a miniseries format with new main characters each season, but McConaughey and Harrelson will forever remain the true detectives.

0
Tags: 2014, 2014 in Retrospect, Constantine, Faking It, Forever, How To Get Away With Murder, Jane the Virgin, New TV Shows, Remedy, Sirens, Stalker, The Affair, The Night Shift, True Detective