Seeing 1917 a week ago left its mark. To say I was a emotional after seeing the movie would be an understatement. I was, for the lack of a better word, a wreck. Not just because I tend to get emotional about war movies in the first place but because 1917 was a good movie aiming for an emotional impact. A movie that I’ve wanted to write about for a week… but didn’t find the right words for. I found them today.

I’m not going to beat around the bush and I’ll jump right in. My deepest apologies to Richard Madden for not loving his cameo the most in 1917. That honor went to Andrew Scott and I just wanted to say, the choice was not easy. Maddens’ role was emotionally heavy and well delivered. He had so little screen time and yet you wanted to sit down with him and cry because you also were too mourning his little brother. Scott though, and again, I’m very sorry about this Mr. Madden, had the much needed comic relief cameo during a very serious movie. Even if Scott did mess up the most because apparently, he had a shitty lighter, I liked his scene the most among the big names.

Scott and Madden had two very different roles, two very different emotions attached to the roles and since I’m in a somewhat sad mood myself, I liked what Scott gave me. A tiny yet important moment of slight humour to lighten the very bleak and heavy movie. Was one better than the other? No! Again, Mr. Madden, you were great but… you made me sad.

Anyway, here’s what I loved about 1917. The story itself was very simple, straightforward linear timeline thrown into a very messy setting. We have two main characters, one doesn’t make it (ugly crying in the cinema is not my favourite pass time), and they have to travel from point A to point B. They need to deliver a message, if they don’t, 1600 soldiers die! 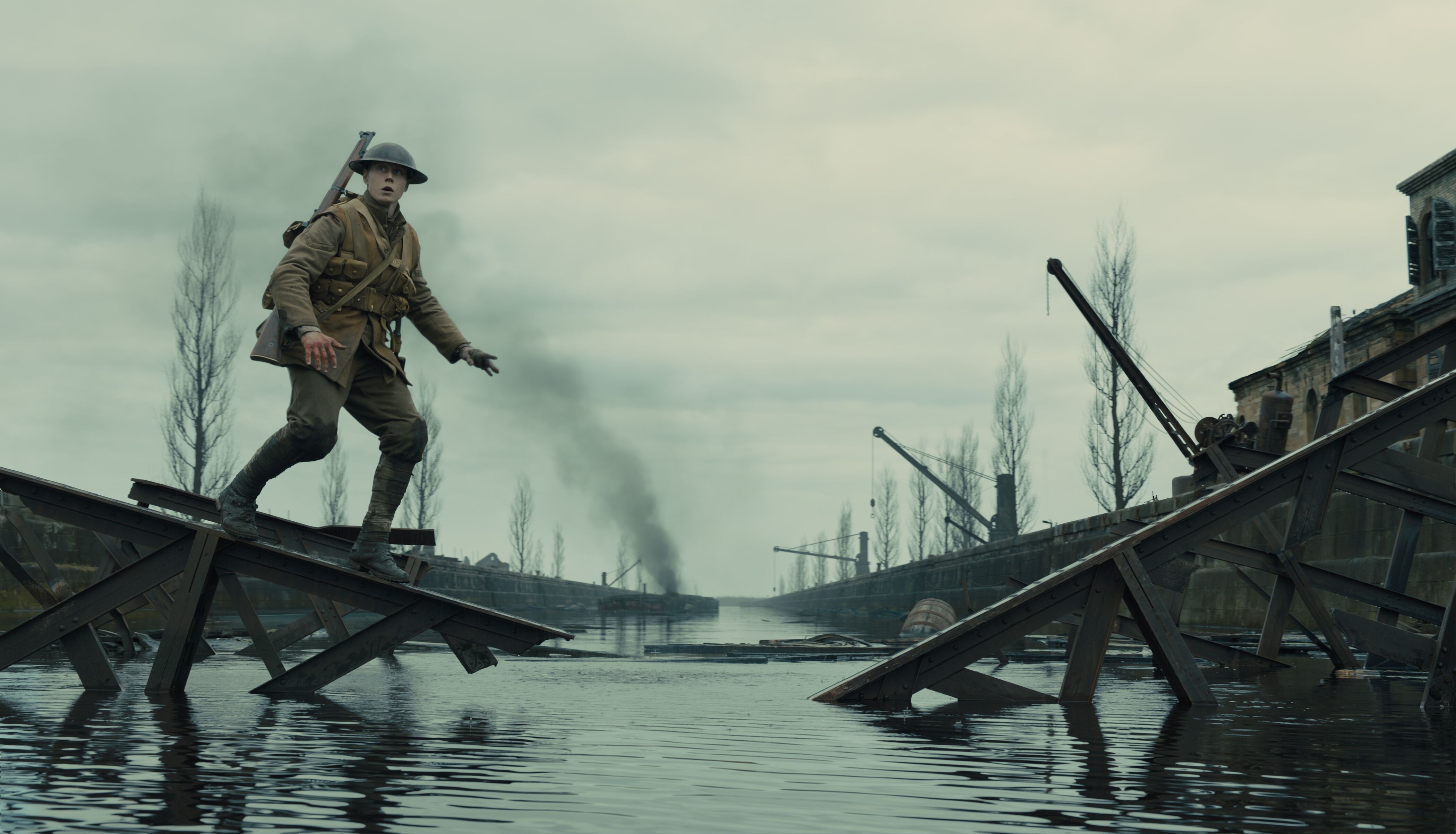 So we follow them and the following never stops. No doubt in my mind that many (if not all of you) reading this could detect the hidden cuts. We are essentially film fans and it’s not that easy to cheat us. But knowing the hidden cuts didn’t take away the magic from 1917.

The one cut choice for 1917 is what makes it great. Don’t get me wrong, the movie has other good things going for it but let’s face it. It’s the illusion of a single cut (in two parts because the plot needed a blackout to forward time for many hours) that gives the story itself the strength it needs to fulfil its goal. To tell a story of a soldier given a time sensitive task.

If it were shown in any other way, the time itself would have become an unimportant part. But following the story in real time makes it urgent and thrilling. You cannot lose focus, you are nailed to the screen like those food bags for rats. Those damn rats…

The performance by George MacKay is also note worthy. To be in a movie that is just a single cut is to never lose the character and to keep it going despite the obvious breaks in between. Dean-Charles Chapman was also good but I’m still mad at his death which was pointless to a point of annoying. I get it, war is pointless to begin with but to see a character die in such circumstances is just… frustrating. 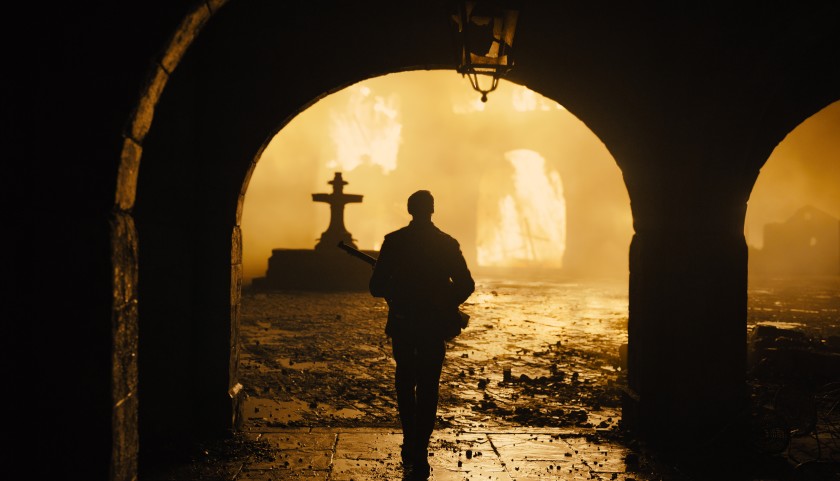 1917 also has a few gruesome moments which reflect the horrors of war. Getting cut with barbed wire then putting the same hand in a corpse – germaphobes be warned! Also the swimming among those corpses and having to crawl on them to get to shore… Getting shot is one thing but actually seeing those bodies after weeks, months, years? of being there just feels much worse than a bloody soldier dead on the ground.

Part of me feels like I should say something about Sam Mendes directing 1917, or Sam Mendes and Krysty Wilson-Cairns as screenplay writers, but I’m out of words. I could nitpick on the blackout scene feeling a little too heavy but part of me understands the weight it put on the viewer. Oh, one gripe I have with the movie is its trailer. It definitely spoils the death of the character by showing us that final sprint among the explosions. Sadly it didn’t lessen the emotional impact I had seeing the poor guy being stabbed. (I might be crying again but you’ll never know).

One more thing though. I’m going to say that even though Roger Deakins FINALLY won his first Oscar in 2018, he deserves another one. I still haven’t seen The Lighthouse but at the moment I’m fairly certain Deakins deserves the win. Because 1917 was a movie where the story telling emphasis was on cinematography. Deakins also has a knack for making ugly things beautiful. Like that church? house? burning! Stunningly horrific.