I have now gotten over the movie drought which meant that I didn’t watch any movies these past two weeks – I don’t know what happened. Maybe the fact that the Apple trailer page didn’t inspire me to watch any movies, the trailers have just died or something. But it seems that there are a couple of good documentaries out there soon, better get ready, I might watch one – the fashion photographer might be the fist.

Anyway, the movie that saved me from this drought was Zombieland. Can you believe me if I say I hadn’t seen it yet. You should, I hadn’t watched it and I can’t really say why. It was such a fun movie and I enjoyed the fact that there were only 4 main characters, Bill Murray and a girl who got killed right at the beginning. Jesse Eisenberg was the main character and since he always plays the geeky guy he managed to do that again but this time he had a gun for killing zombies so he was like a bad-*** geek. He also narrated the story and his voice really suits me, it has that rambling thing going on too – not only in The Social Network and Zombieland but in real life as well (I watched some of his interviews). Emma Stone was another favorite who entertained me with this movie (might have been a good idea to watch this after they made really great movies last year) and well, she is gorgeous and funny and what else is there to say. Woody Harrelson was the so called veteran in this movie and I doubt that I want to say anything bad about him. Is it because I know his dad was a convicted murderer (serial-killer) – probably not, is it the fact that Woody scares me sometimes – yes, yes it is but it is also about the role and Woody suited that very well. Abigail Breslin was in it as well but I tend to forget her and with this movie  she just filled in the blanks.

The story is your basic zombie-story, an epidemic  starts by killing people and making them into zombies. I read that some of the zombie lovers out there didn’t like the fact that the zombies were fast cause they are supposed to be as slow as their brainwaves. I don’t know, I think Zombieland wouldn’t have worked with slow zombies. It would’ve been a really slow movie and who wants that, right? After the big zombie explosion (almost everybody are affected) there are a couple of people still alive – the story starts with Jesse’s character. After he decides to drive to his hometown to see if his parents are still alive he meets up with Woody. And since there aren’t that many people alive (which I can imagine, because the zombies are freakin’ fast in that movie – I like!) and they kind of team up. Then the two girls come into the picture and that’s about it. There are a couple of jokes and funny stuff happens so all in all it was a decent comedy. 7,8 in IMDb agrees with me and it also is the biggest crossing zombie movie in the States so far – I guess that’s a good thing, from me it gets also a  solid 4 out of 5. (It also is getting a sequel with the same writers, director, Jesse and Woody have also confirmed – we’ll just have to wait and see.)

And in case the zombies start happening, you should remember these first three rules: 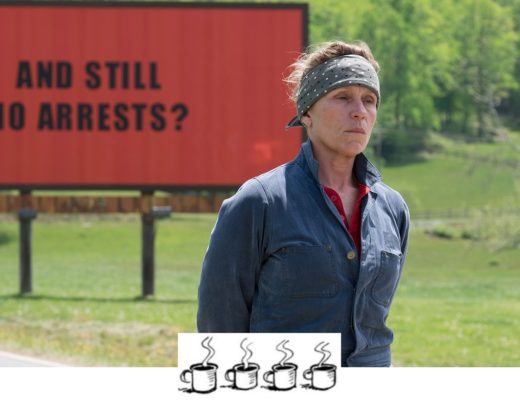