With 4,5 hours a sleep under my belt (New Year came with such joy) I managed to stay up quite late and therefore I got to watch the 1939 classic Gone With the Wind. I was surprised how excited my mom was, she has seen this for at least 4 times already and read the novel of the same name (written by Margaret Mitchell) – I had only seen some bits and pieces of this movie over the years. But not yesterday, yesterday I stayed in front of the TV for 4 hours (longest sound movie ever made) and watched another American classic.

Gone With the Wind received 10 Academy Awards (that record stayed for 20 years) – including Best Picture, Best Director (Victor Fleming) and Best Actress (Vivien Leigh).  It was also nominated for Best Actor (Clark Gable) but that didn’t happen. Anyway, awards a side, this movie was very good, the dresses were a treat for the eyes, the blue-screen effects for that time were enjoyable and the red color dominating the movie added an interesting twist to it all. The end was what surprised me the most, the sadness that was fit into the last 40 minutes was an absolute horror – all that story before and then a shock after a shock with an ending like that. But I liked that the love story wasn’t traditional, it wasn’t between a man and a woman, the main story was between a woman and her home. Home is were the heart is, the strength – I think that was what Gone With the Wind is all about.

Vivien Leigh who portrayed Scarlett isn’t a name that comes to mind when I think about Hollywood classics but her performance was pretty good – she’s a very beautiful woman but she was hard to work with (she was bipolar) plus she smoked 4 packs of sigarets while filming GWtW – can you imagine!? Such a beautiful woman and so broken, based on all that I praise her performance even more. Althought Scarlett as a character was also bit everywhere around, happy then sad, in love with one man then with a different man etc.

Clark Gable portrayed Rhett and his name is known for me probably because he played in 80 movies in his lifetime and was quite a dashing man – the mustaches took me some time to get used to but after I saw past them he was indeed handsome. Another man who won the leading ladies heart (he actually had it from the start) was Leslie Howard who portrayed Ashley – the English man’s most famous role.

I find it funny that after watching Gone With the Wind the only thing I think about is the end, the roughness of it all and how I thought that this was a love story but it wasn’t. And besides the visuals and the costumes I find it hard to comment the acting itself because it was so different back then, the style of acting, the commitment to  the role – in my mind the classics are much lighter and maybe that is why that era is remembered as the Golden Age. Easy to watch, easy to love – nowadays movies are much more complicated and romantic ones are unrealistic – Gone With the Wind was a rather realistic love story even if it didn’t end as happily as I thought. On that note I will end this first post of 2011, dedicated to American classics. Happy New Year !, my dear readers, stay tuned for more reviews and posts – a lot more to write about, a lot more pictures to show – 2011 is going to be great! 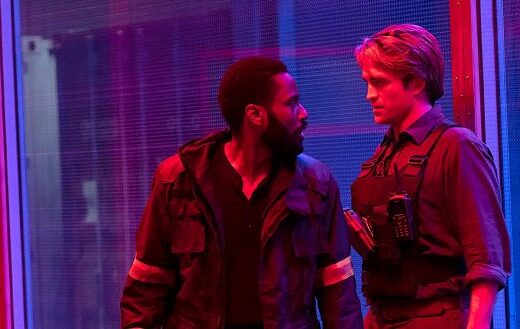